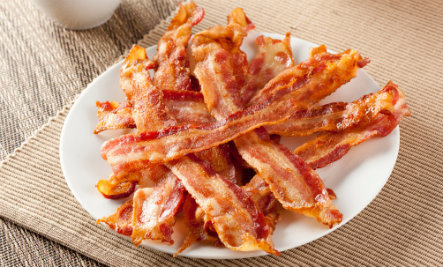 We all know that are there are "good" foods and "bad" foods. I wanted to break it down and get into a little more detail about some of the foods you should probably be avoiding and why... Obesity is at epic proportions and even people that are dieting are gaining weight (of course I don't believe in diets anyway), but I DO believe in eating foods that are balanced and healthy for your LIFE.  Eric Schlosser, in his book "Fast Food Nation" says that the annual health care costs in the United States from obesity are close to $240 billion! I think it's very important to learn what foods make us fat. When you are educated, you can make smart choices. So, here's a look at the top 10 foods that can make you gain weight!

Just because they don't have any calories, it doesn't mean they are healthy! There are many studies out there now regarding how artificial sweeteners affect our metabolism. Research has shown that Nutrasweet, one of the most popular sweeteners, leads to the same surge of insulin as white carbs (#7 food below). For people that drink diet sodas, there is another study that found that people who drank two or more diet sodas a day had six times the waistline compared to those who don't drink diet sodas.

Empty calories! Sugar has no vitamins or minerals, just a lot of fat-building calories. When you eat sugar, your blood sugar rises quickly and your pancreas immediately jumps into overdrive. The pancreas secretes insulin to remove the sugar from your blood so that it can get it to the cells where it can be used for energy. But, if there's no demand for energy, it gets stored as fat!

We all love it, but it contains a large amount of saturated fat and is hard to digest. It can cause constipation and tends to be high in sodium. Soft cheeses are usually higher in fat.

There is a lot of buzz now about gluten and gluten free diets. Gluten is basically the protein found in wheat, barley and rye. Gluten can cause inflammation in the small intestines of people with celiac disease, but even for people that don't have that issue, it can often cause bloating and gas. When you eliminate or reduce the gluten in your diet, you end up cutting out primarily refined carbohydrates, which are linked to weight gain and obesity.

Of course, the obvious french fries would be on this list! And a plain baked potato gets in trouble when you top it with butter and sour cream. But not all potatoes are on the list. Sweet potatoes and yams are great!

Alcohol increases the release of the hormone cortisol that contributes to storing fat. Fat metabolism can be reduced by as much as 73% after only 2 drinks of vodka/lemonade in a 1 hour time period. (American Journal of Clinical Nutrition).

White rice, pasta, white bread and starches are all high glycemic. White carbs differ from complex carbs like whole grain bread or pasta because they have simple sugars that quickly convert to sugar and get stored as fat.

Fats and oils contain 120 calories per tablespoon. When you are trying to lose weight, it is still important to have fat in your diet, but you need to pay attention to how much fat and the types of fat your are choosing. Avoid hydrogentated fats! Do not eat anything that says partially hydrogenated or hydrogenated as those fats contain the unhealthy trans fats. Avoid frying your foods and instead bake or grill. Organic virgin coconut oil or organic cold pressed virgin olive oil are two of the healthiest oils you can choose.

Loaded with calories and no nutritional value! Usually high in sodium and calorie and fat rich to add flavor.

Yes, bacon! Also sausage, hot dogs, salami and other lunch meats. High in fats and sodium. Sixty-eight percent of bacon's calories come from fat! Processed meats are also usually preserved with nitrates and nitrites which have been linked to cancer. NO amount of processed meat is safe to eat, according to the American Institute for Cancer Research.

What's the bottome line?  If you avoid these kinds of foods and reach instead for nutrient dense, organic whole foods, you WILL lose weight, you WILL have more energy, you WILL feel better! Start now and take it one step at a time - but take that first step. You deserve to live a healthy, vibrant life!