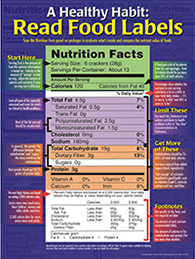 Do you take the time to read the labels on the foods you buy??

Today, most people do take the time to read a label, at least to see how much fat, sugar or sodium is in something. And when I work with my clients, we always read labels. If there is something in a food label that you can't pronounce or don't recognize, you probably shouldn't be eating it! 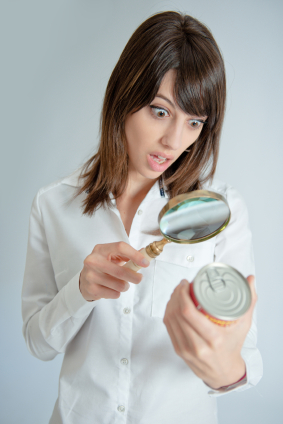 But lately I realized that there is one additive in particular that can easily slip by us and hasn't gotten the same level of attention as GMO's or aspartame. And this particular additive is in many of the foods you might be eating. AND, unfortunately, it's not just found in the "unhealthy" foods we know about. And it's not just found in the grocery stores. It's also on the shelves of the health food stores and in many of the "healthy" foods we reach for.  What is this additive??  It's carrageenan... What is that?? It's a complex polysaccharide made from red seaweed that is used as a binding agent.

Where is carrageenan typically found??  This additive is typically found in: Ice Cream, Cream, Half & Half, Cottage Cheese, Chocolate Milk, Frozen Desserts, Apple Cider and even Baby "Formulas." But, what might surprise you the most, is that it's also found in some of the "healthier" foods that you wouldn't expect! So, please make sure you read the labels when you you reach for these products: Soy Milk, Almond Milk, Coconut Milk, some Hemp Milks, Rice Milk, some Dairy Free Cheeses and nutrition bars like Balance Bars. Carrageenan is in many processed foods, so it's another good reminder to eat as many natural, whole foods as possible!

Why is carrageenan so unhealthy?? Dr. Andrew Weil says, "Carageenan can cause ulcerations and cancer of the gastrointestinal tract." Dr. Mercola writes, "A number of studies have found that the widely used food additive carageenan causes cancer in food animals and its use in human foods should be reconsidered...enough evidence exists about the cancer-causing effects of carageenan to limit the use of this food additive."

In 1972 the Food and Drug Administration (FDA) proposed limiting the type of carageenan that could be used in food, but the regulatory effort was recinded in 1979...

I have put together a brief list of the items that do NOT have carageenan added. But, there are other produts that might also be free of this additive, so just READ your labels!

Avoid carageenan in infant formula by buying organic powdered formula. Remember that most processed/prepared foods contain carageenan and most "Healthy Choice" frozen meals contain it. And you may have already heard about avoiding any Starbucks drinks with soymilk...

What's the bottom line?? Today, it's getting harder to know what's actually in our foods, so the key is to buy organic whenever possible, avoid GMO's and processed foods. Focus on shopping on the outer perimeters of the grocery stores, don't shop hungry and walk right on by the displays of foods meant to catch your eye. Buy fresh, whole foods whenever possible.

It might take a little extra effort, but your health is worth it! So, read those labels!